A major snowstorm will wallop Connecticut Monday, Feb. 1 into Tuesday, Feb. 2, according to meteorologist Brad Field. In a special episode of his podcast, Field maps out the storm, snow amounts, odds of those snow amounts and hour-by-hour how the storm will impact Connecticut. He also discusses how high winds will create blizzard conditions in some areas.

Once the storm leaves, there will be a respite, but as Field explains in his conversation with co-host Dan Lovallo, Super Bowl Sunday could also bring more weather excitement to the region.

Connecticut is now in the depths of winter, according to meteorologist Brad Field. The area has been plunged into a deep freeze Jan. 29-31, serving as a harbinger of a major snowstorm expected to strike the region Feb. 1-2 Field told his audience in his weekly podcast with co-host Dan Lovallo.

Wind chills could drop below zero over the weekend, as a portion of the polar vortex breaks off into Connecticut. Meanwhile, a snowstorm is expected to strike the state and region Monday into Tuesday. How much snow? Will the morning and afternoon commutes be impacted? Field runs down the gamut on these issues.

In his crystal ball segment, Field also takes a long range look into February and March weather as well.

Connecticut is going to get hit with a major snowstorm Dec. 16 into Dec. 17, according to meteorologist Brad Field. In his weekly podcast, taken from and Instagram feed broadcast earlier in the day, Field and co-host Dan Lovallo discuss the storm and take questions from the audience.

Connecticut and the region could be faced with its first major snowstorm of the winter season on Dec. 16 into 17, according to meteorologist Brad Field. The storm could dump several inches of snow on the region Field said in his weekly podcast with co-host Dan Lovallo.

Temperatures, which have been barely above freezing for most of the week of Dec. 7, will moderate through Dec. 13, before the weather changes. Field said do not be fooled by temperatures that could reach the mid-50s over the Dec. 12-13 weekend. In tracing the storm origins and storm track, Field explains why it has all the ingredients of classic, winter snowstorm.

In the podcast, Field also looked back at last week’s storm and explained why there were varying snow amounts from a trace in some areas to several inches in other spots.

Saturday, March 28, will be the better of the two weekend days, according to meteorologist Brad Field in his weekly podcast with co-host Dan Lovallo. A cold rain is expected to settle in for Sunday, March 29. The weather, extending into the last week of March and the first week of April will also be unsettled, with a one-and-10 chance we could even get a major snowstorm, according to Field.

In the podcast, Field peaks into what the early portion of April will look like, and it might be a good idea to have an umbrella and coat nearby. Field and Lovallo also look back at the April 1, 1997 snowstorm, which struck Connecticut.

Enjoy the relatively tranquil weather of the last week – including temperatures in the 60s. In his latest podcast, meteorologist Brad Field says indicators seem to be pointing toward two snowstorms within five days.

Field tells co-host Dan Lovallo that Feb. 12 and Feb. 16 should be circled on the calendar because both those dates could bring substantial snow fall. Not only that, the various models used by forecasters to predict storms, seem to be in agreement on the type of precipitation that could fall across all of Connecticut.

Field and Lovallo also delve into other weather topics in this podcast and look back on their Super Bowl predictions last week.

Ice could be a major factor in the upcoming snowstorm expected to impact the region Saturday night into Sunday, according to meteorologist Brad Field.

In his latest podcast, Field discusses with Dan Lovallo how atmospheric conditions could lead to ice on top of the snowfall – expected to reach 10 inches or more in some portions of Connecticut. Throw in bone-chilling temperatures and 30 MPH winds in the storm’s aftermath and you have the recipe for power outages across Connecticut.

And if you’re hoping for moderating temperatures later in the week, well don’t count on that either. Field details it all, while also providing a weather outlook for Sunday’s AFC Championship game between the New England Patriots and Chiefs in Kansas City. 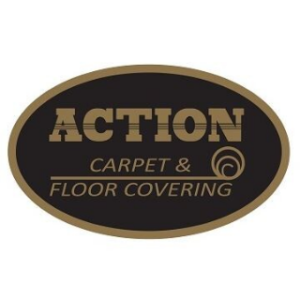 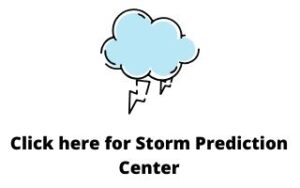 Here is the command: